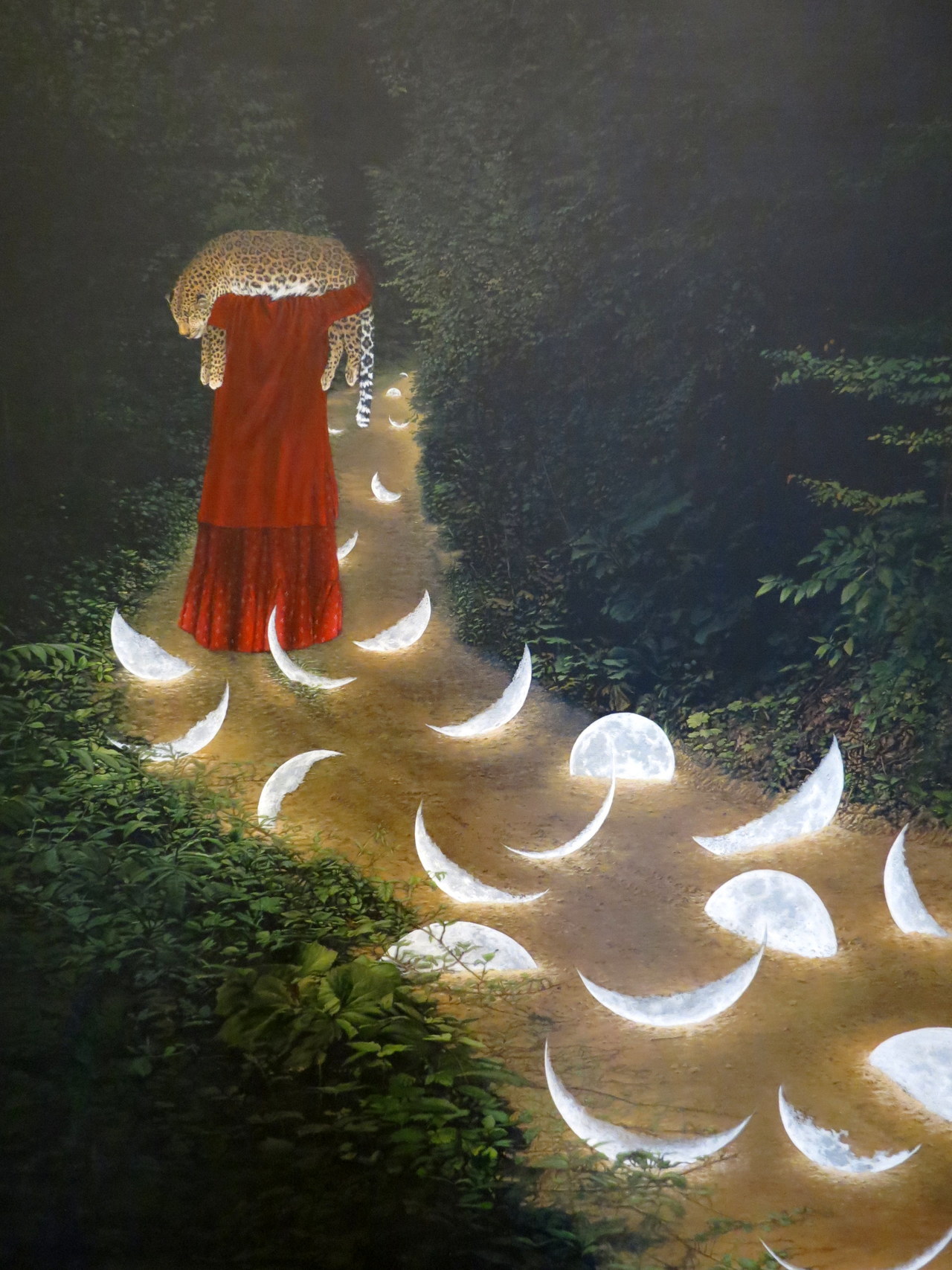 There is an old Iranian folk tale about Leopard, who is very proud and wants to look down on all others. One night he finds Moon in the sky and seeks to supersede her, so he goes to the top of a cliff and jumps to catch Moon, but instead falls to his death. It’s a warning about hubris.

There is another folk tale about Leopard based on a 100-year-old true story from the small village of Kandelous, Iran. There was a girl named Mina who befriended Leopard. After some months of friendship, a man courting Mina shoots Leopard out of jealousy and Leopard tragically dies. The story is about humans encroaching on animal habitats and the destruction that that can cause.

Naeemaei explains that the painting is about both of these stories at once: Mina lovingly carries the body of her friend Leopard and “I poured moons under their feet to respect Leopard’s wish to be above Moon.” 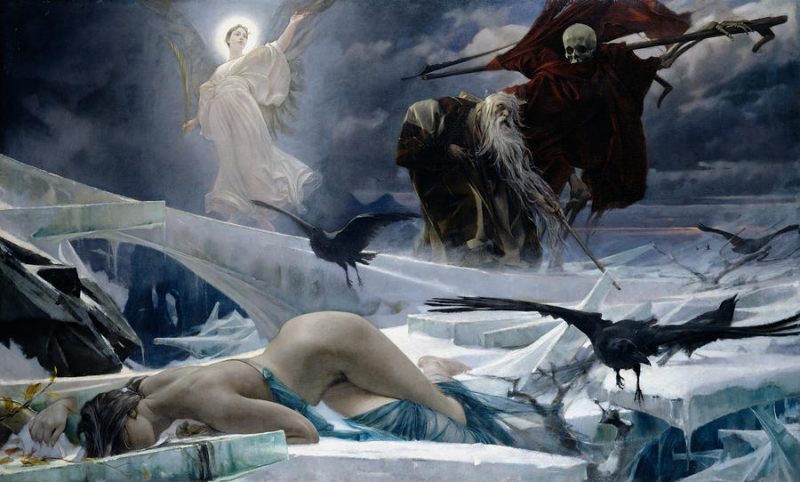 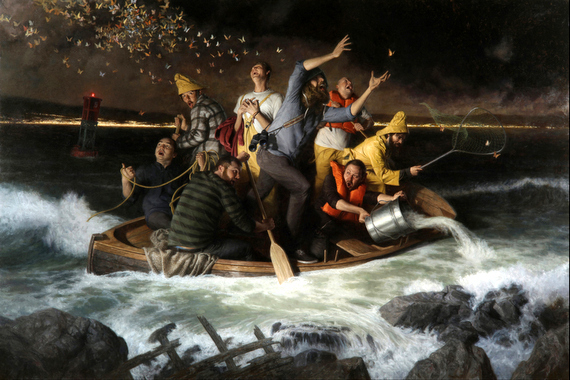 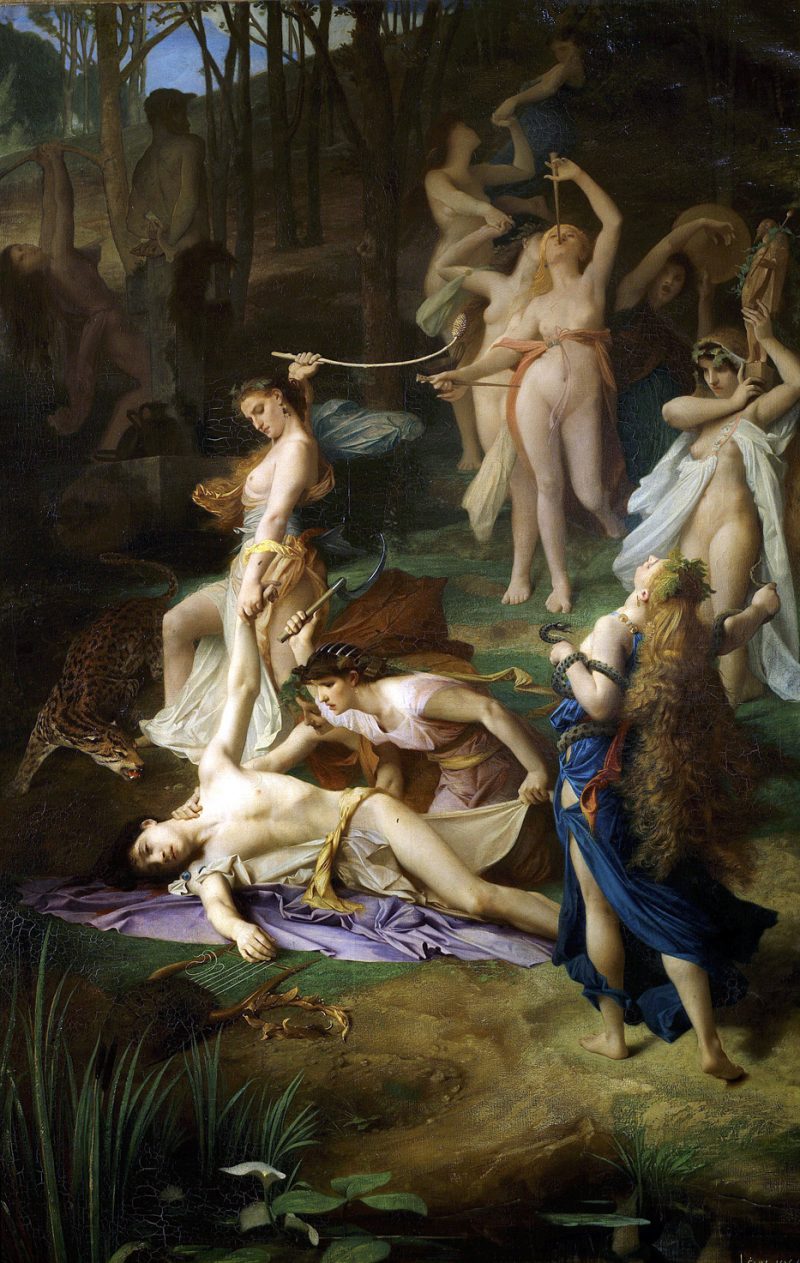 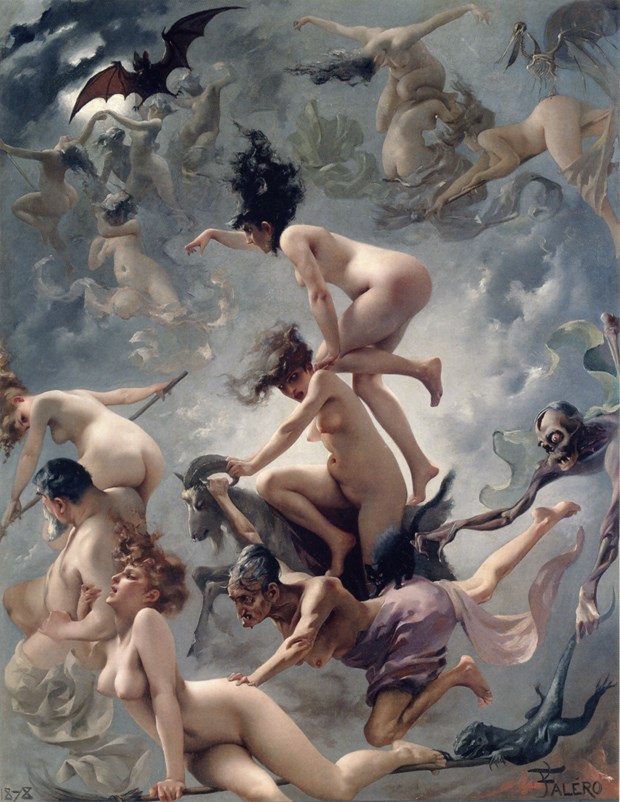