Mason Locke Weems (aka: Parson Weems) was the author who wrote the first biography of George Washington. Weems is seen here in the painting pulling back the curtain to reveal the famous anecdote he wrote about little George and the cherry tree in the biography. As the fable goes, George was playing in the garden with his new hatchet when he hacked up his father’s favourite cherry tree. When dad found out about it he called on George who, according to Weems, said “I can’t tell a lie, Pa; you know I can’t tell a lie. I did cut it with my hatchet.” His father praised him for telling the truth, saying “Such an act of heroism in my son is more worth than a thousand trees.”⁠⠀
Wood has humourously painted little George with the head from his famous portrait by Gilbert Stuart. Not so funny are the slaves in the background, reminding us that Washington was a slave owner. The picture was painted in 1939, just as fascism was taking over Europe, and so, Wood urges American viewers to think of their democratic roots.⁠⠀ 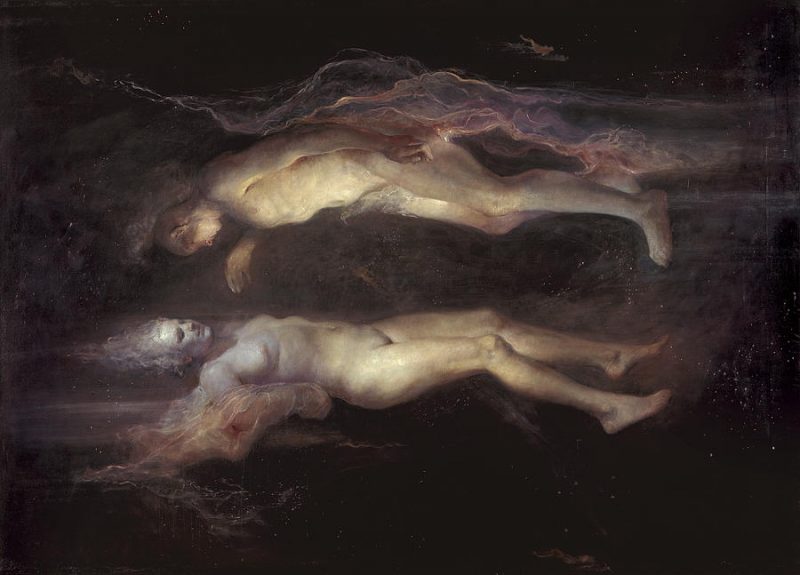 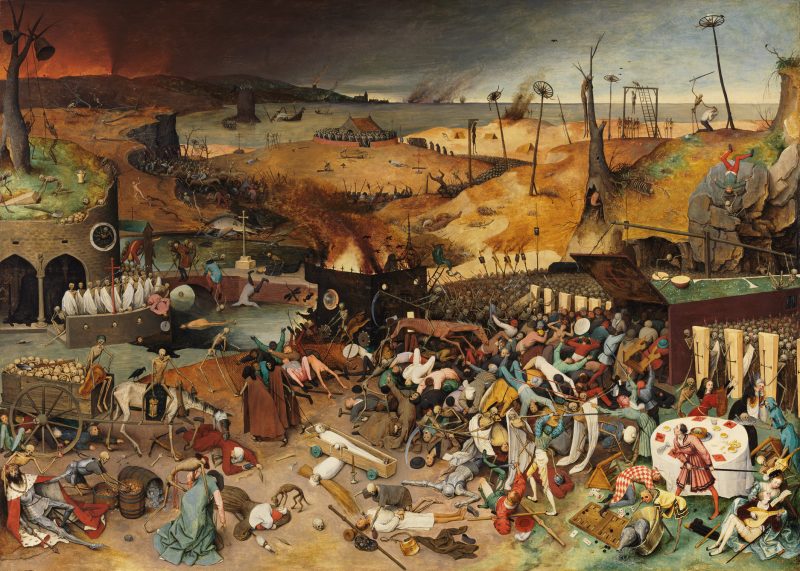 Pieter Bruegel the Elder, The Triumph of Death, 1562 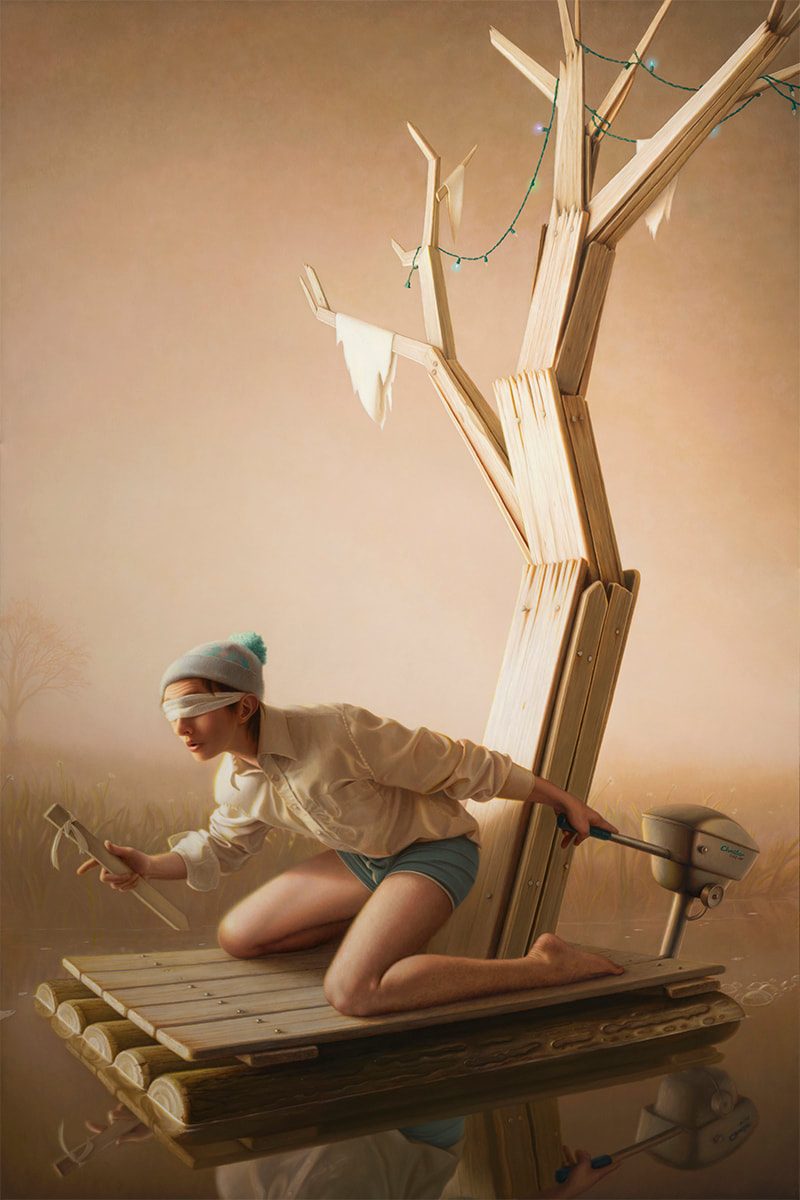 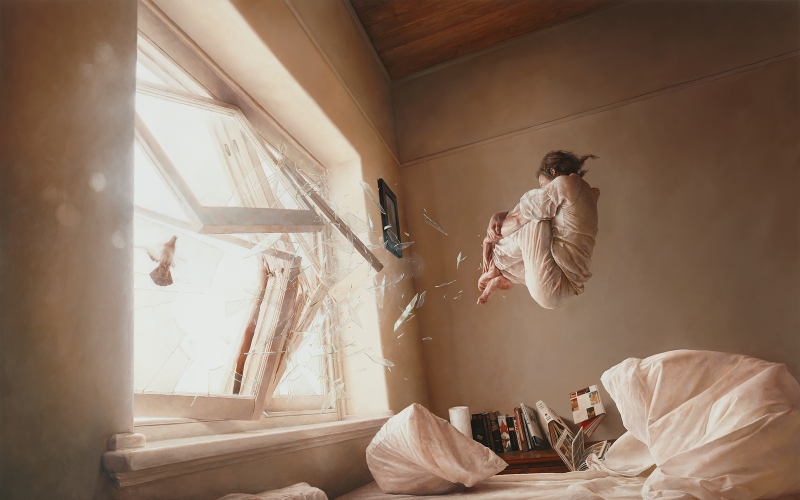