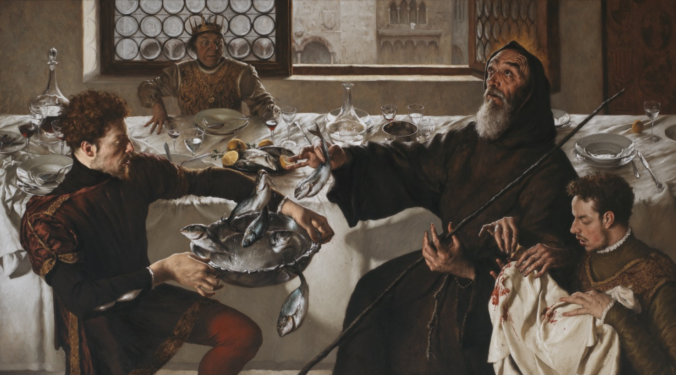 St Francis of Paola (1416-1507) was the founder of the Roman Catholic Order of Minims. There are many legends about him but this painting references the story of a fish that Francis kept in a pool. One day Francis realized that another priest had taken his favourite trout Antonella and cooked her up. Francis sent a follower to go get her back, but when the priest received word he threw the cooked fish on the floor and it broke into pieces, which the follower picked up and brought back to Francis who said “Antonella, in the name of Charity, return to life.” The fish became whole again and came back to life. In Gasparro’s painting we see the same fish many times over flopping around in a dish. Francis has an extra set of hands, which is a common motif in Gasparro’s work.⁠ 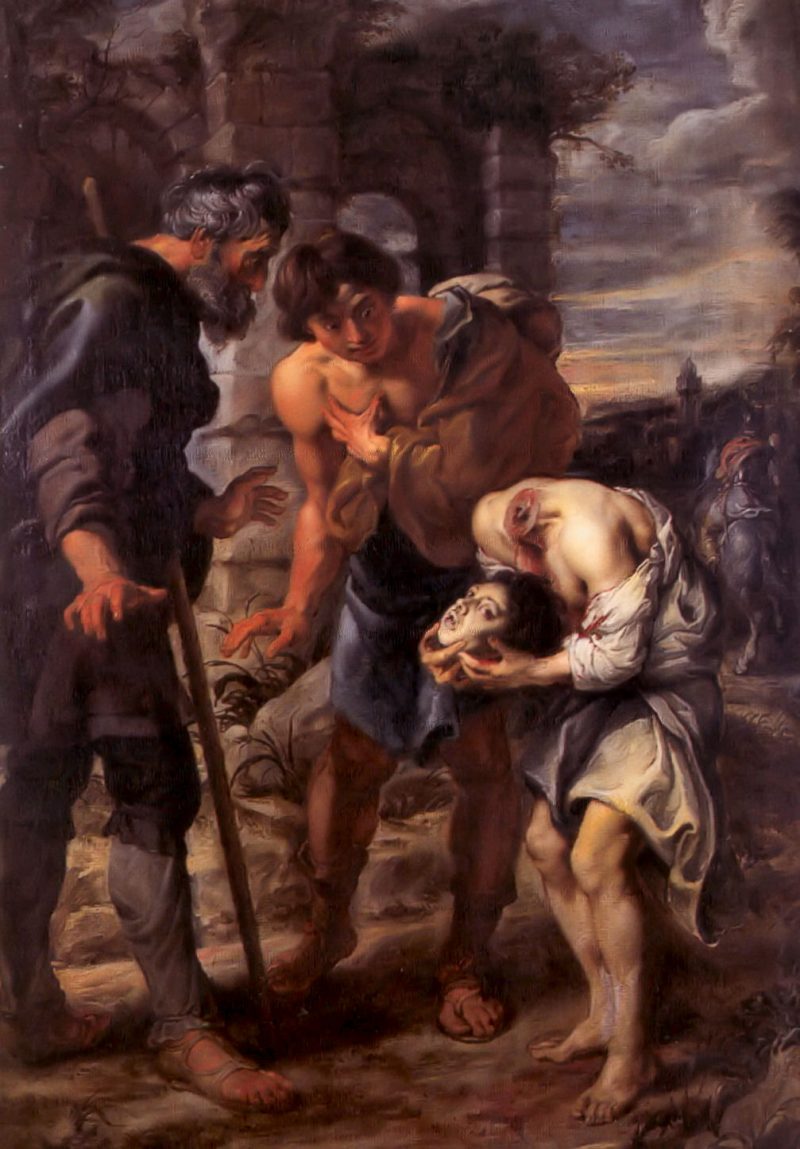 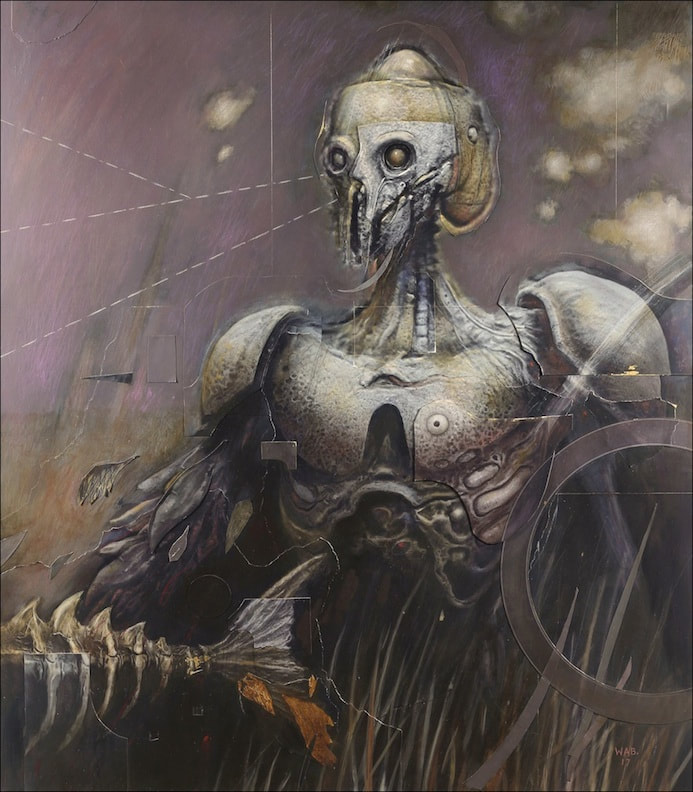 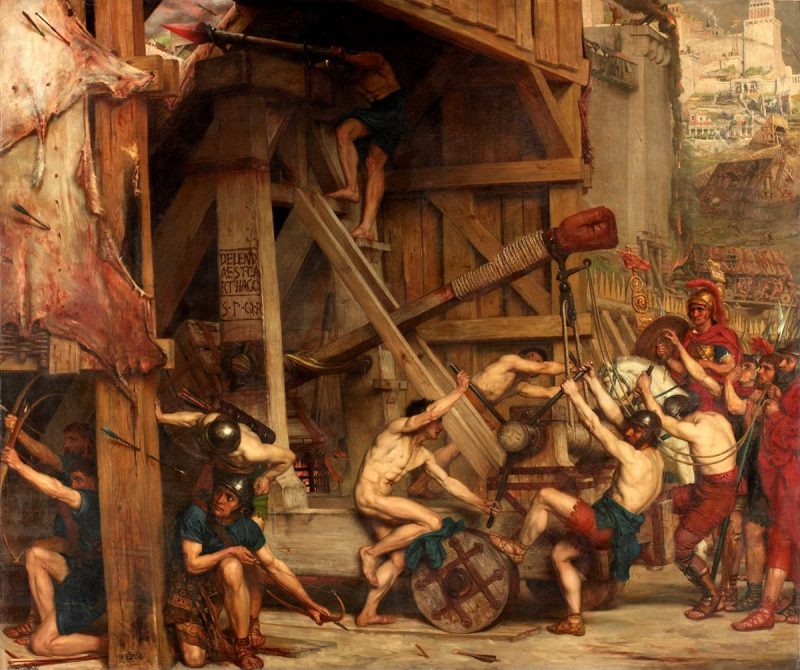 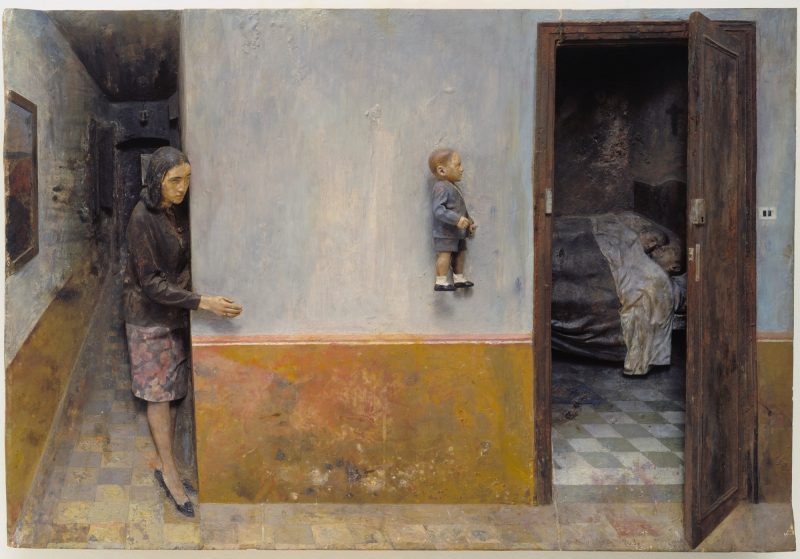