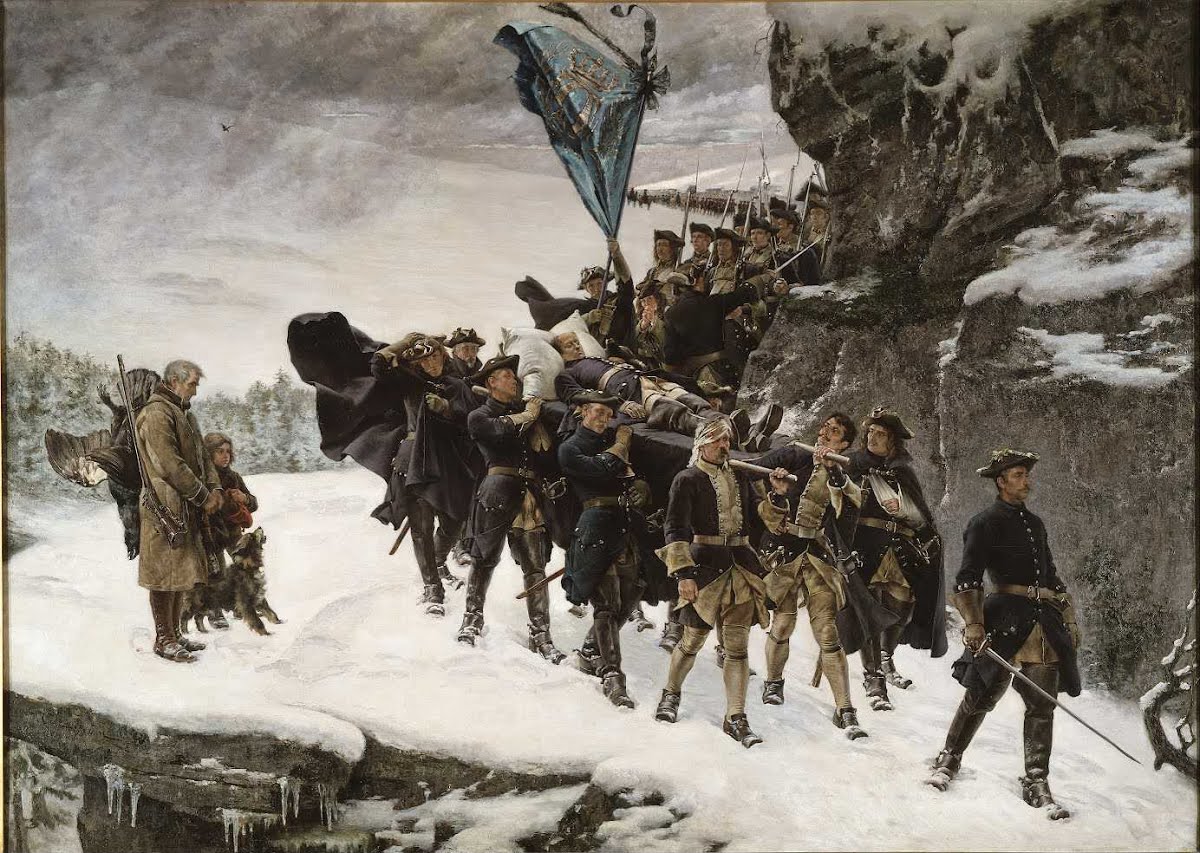 King Karl XII reigned from 1697-1718 and is known for being a great war strategist. He led the Swedish army through numerous successful battles against Scandinavian and Russian armies, often while outnumbered. He famously abstained from sex and alcohol, committing himself to war.
While inspecting Swedish army trenches at a battle site in Norway, Karl was struck in the head with a bullet and died. It is generally believed that the bullet came from enemy fire; however, some conspiracy theories have arisen, arguing that Karl was killed by someone in his own camp. Stories range from a disgruntled soldier who was sick of being at war and wanted to go home, to that of a plot conducted by his successor, Frederick I of Sweden. Regardless, King Karl is regarded as a hero in Sweden; here Cederström gives us a somber moment where a hunter and his son bow their heads in reverence for the passing deceased king of the retreating army. 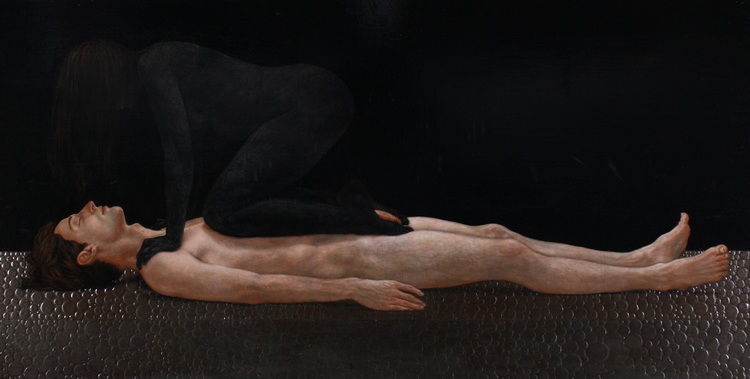 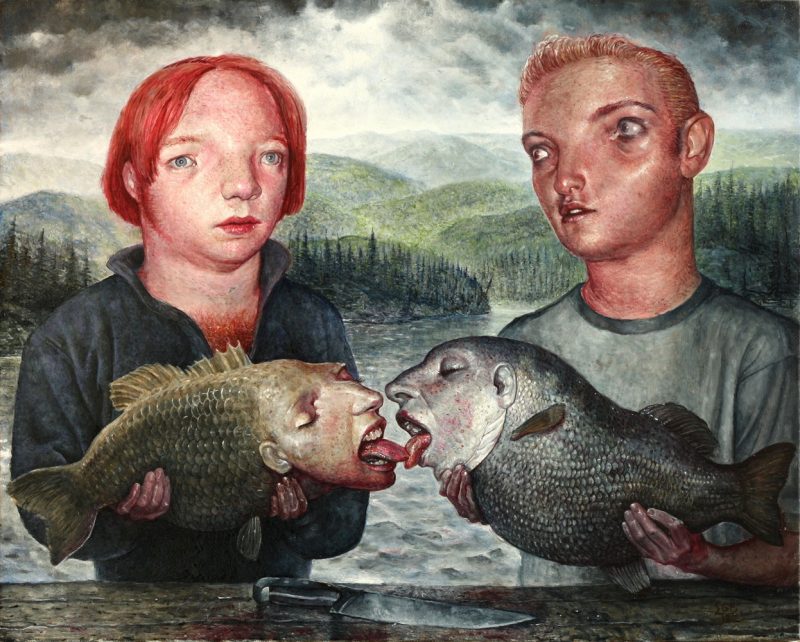 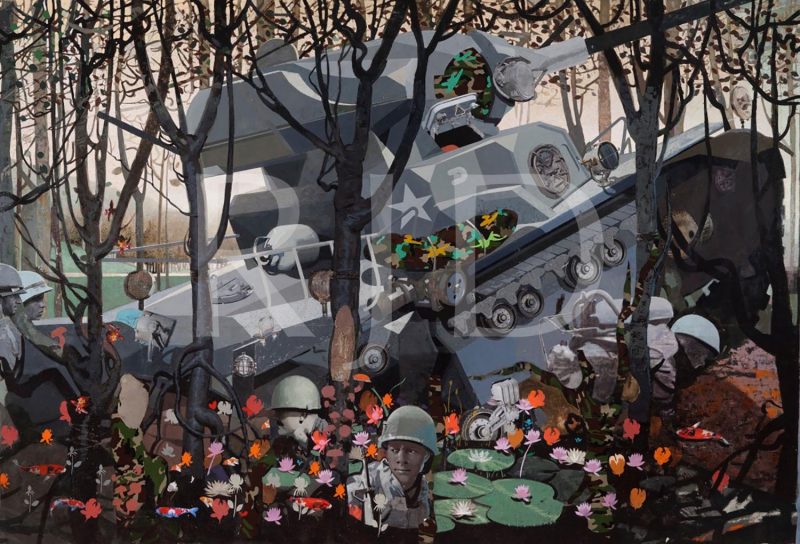 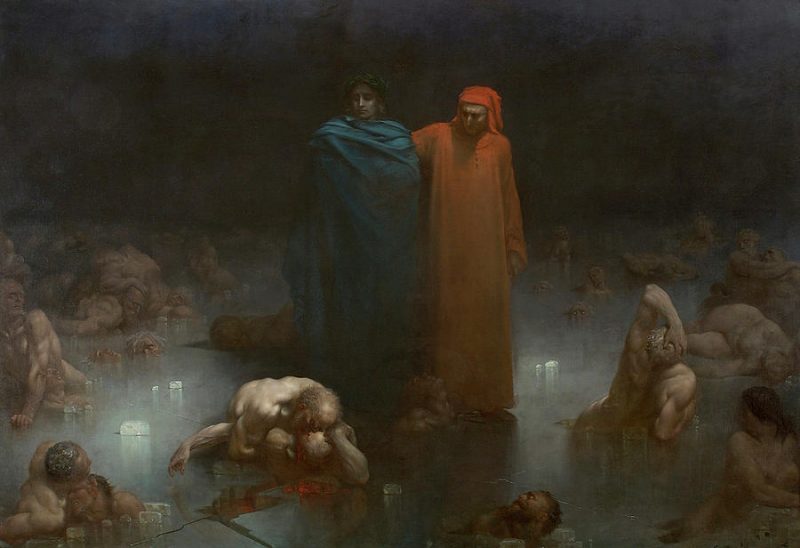