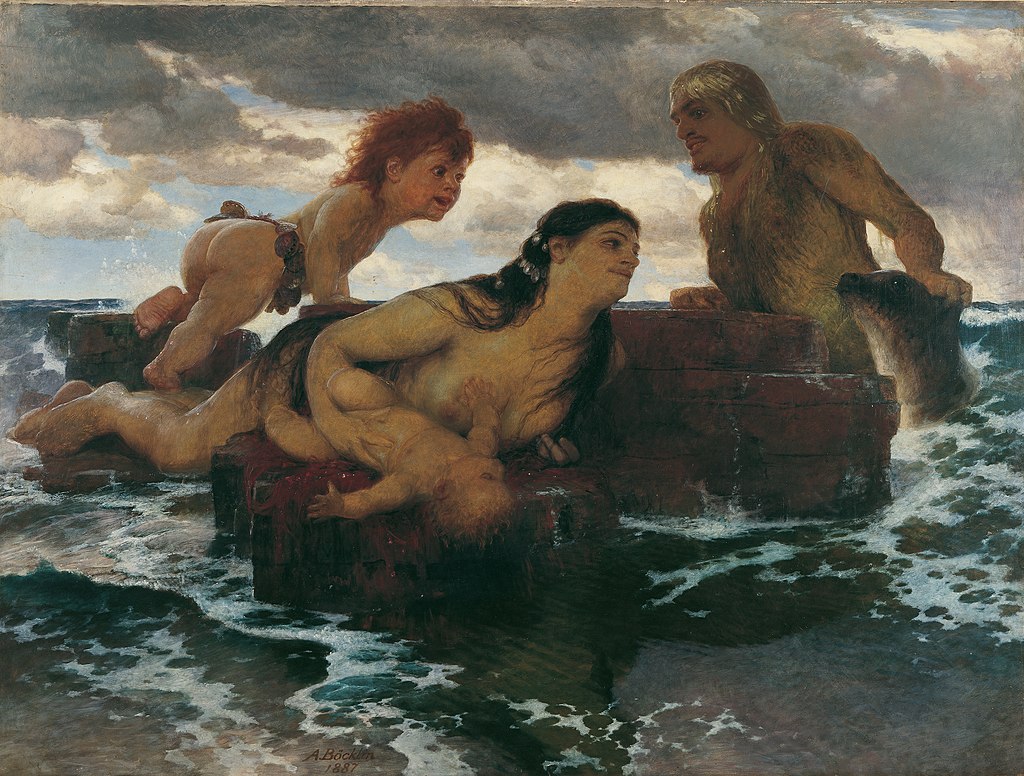 Stories of selkies in Scottish and Scandinavian lore are common; selkies are half-human half-seal creatures that live in the sea. Sometimes they can shed their seal exterior to reveal a human beneath. This painting shows a selkie family resting on rocks near the shore, just as seals do. Fisherman have told many a story about female selkies who have shed their skin on shore, only to have their skin stolen by a man who forces the selkie to be his wife. There are even tales of humans killing selkies, only to be revenged by the mythic creatures. 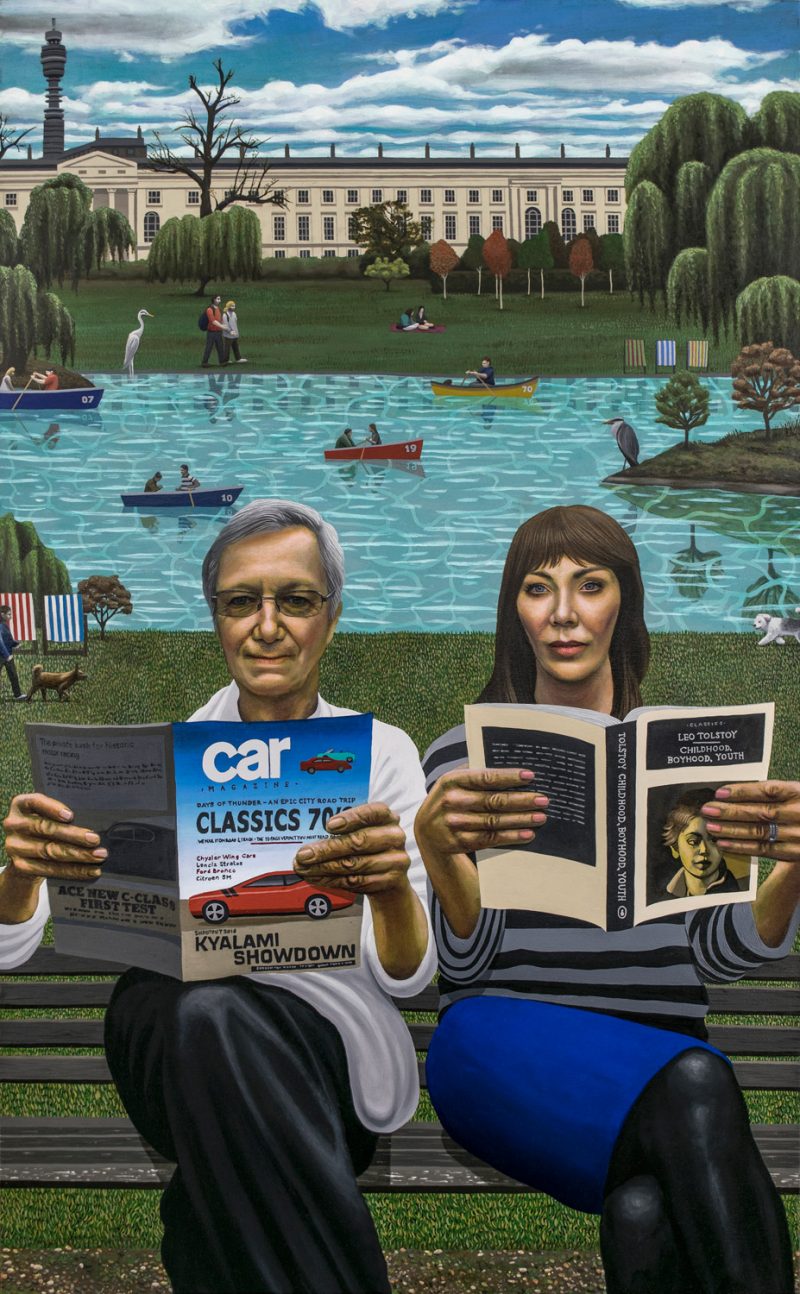 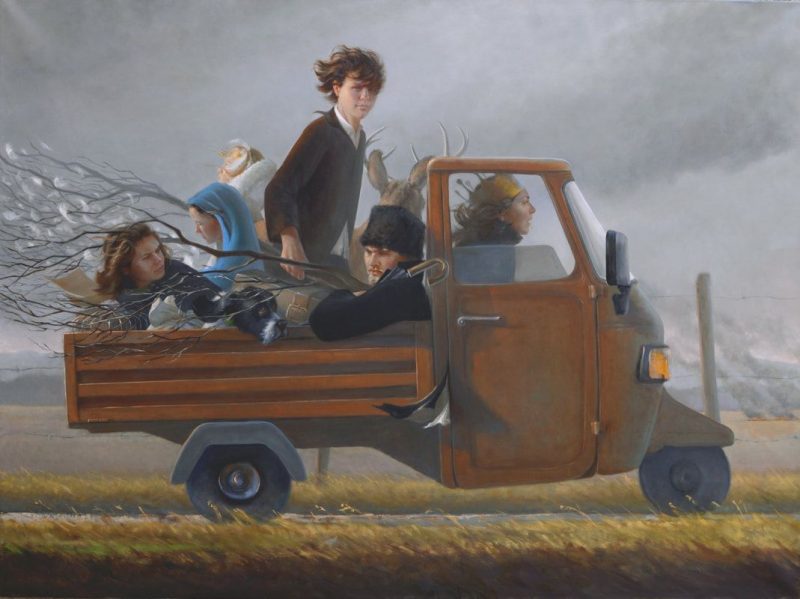 Melinda Borysevicz, i forestieri (or Diana Returns to the Valley Singing), 2017 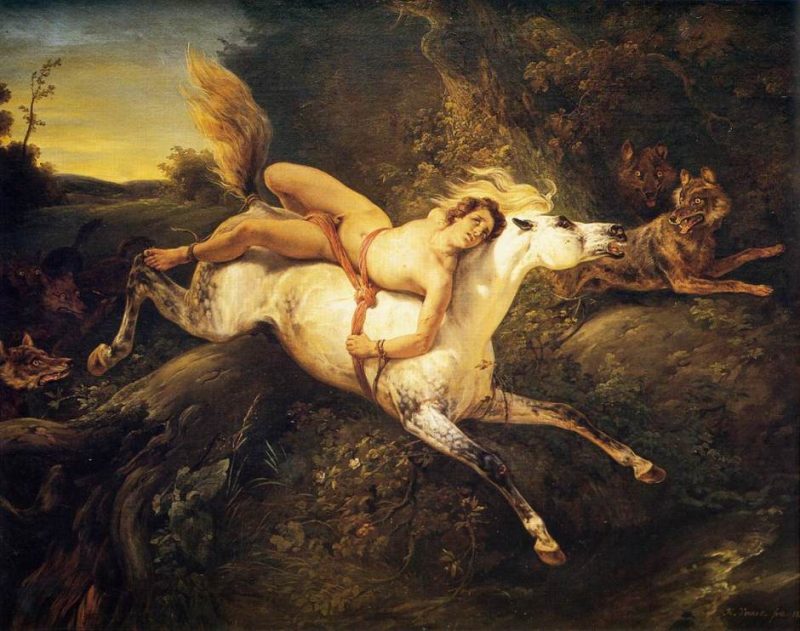 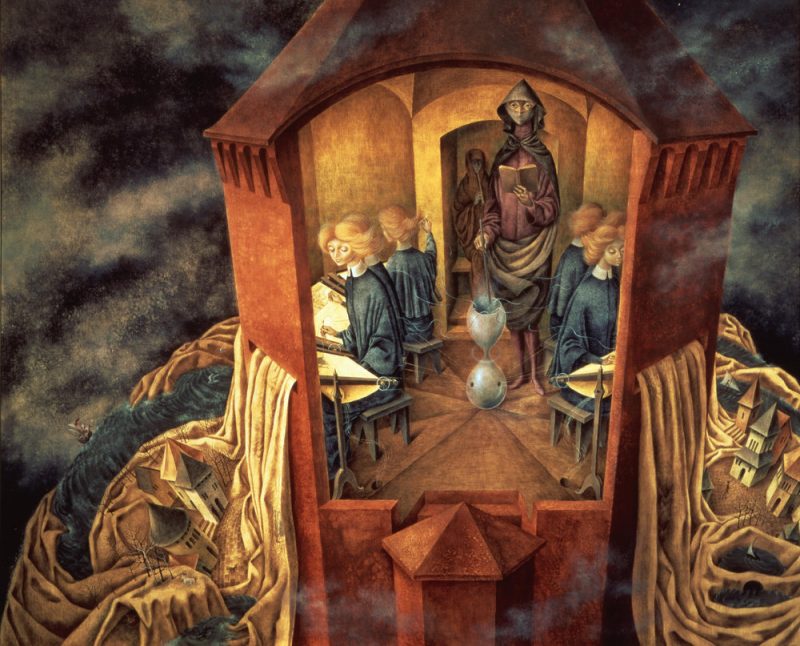