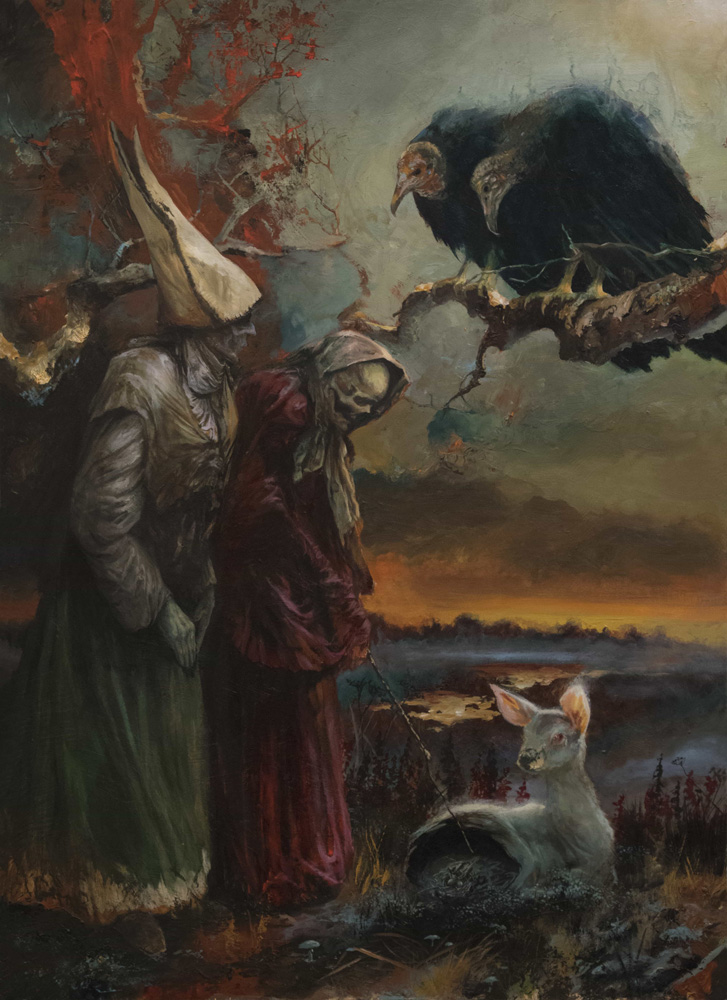 Fellow Portland artist Adam Burke writes that he created this work for “a show called Ghosts of the Anthropocene. The overarching theme is about humanity’s effect on the natural world. I used religion as symbology for humanity’s disconnect with nature. These figures are modeled after some real mummies at a monastery in Sicily. I believe the character with the hat was a bishop. The figures are poking at the deer who has a bird (nightjar) nest in the cavity in its hindquarters – humanity exerting itself on nature – the vultures are looming as symbols of death both to the natural world, and of course humanity as well.” 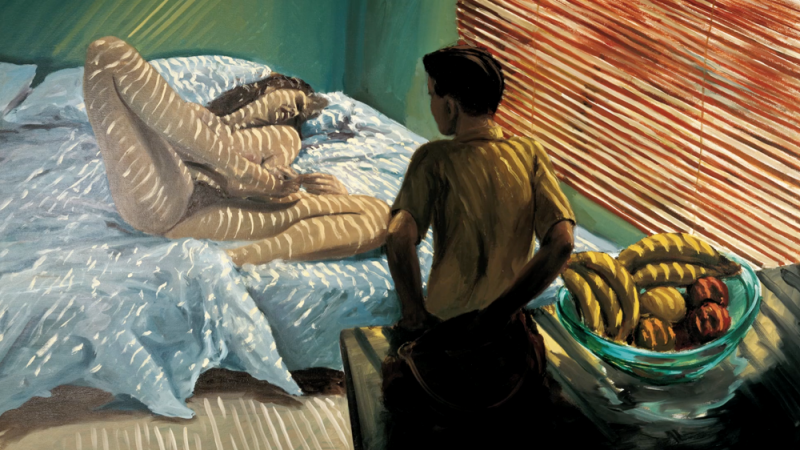 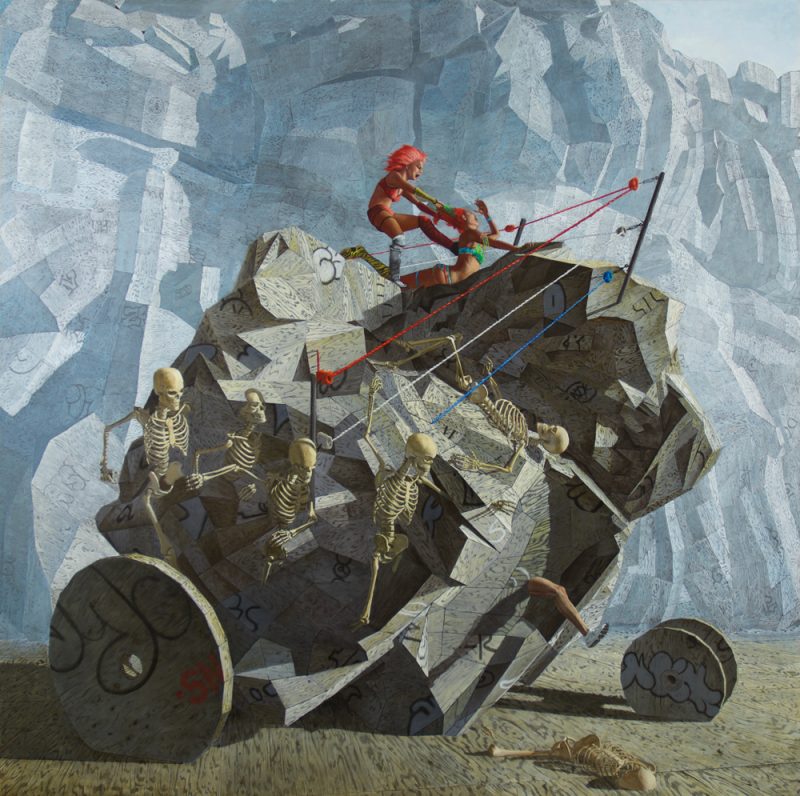