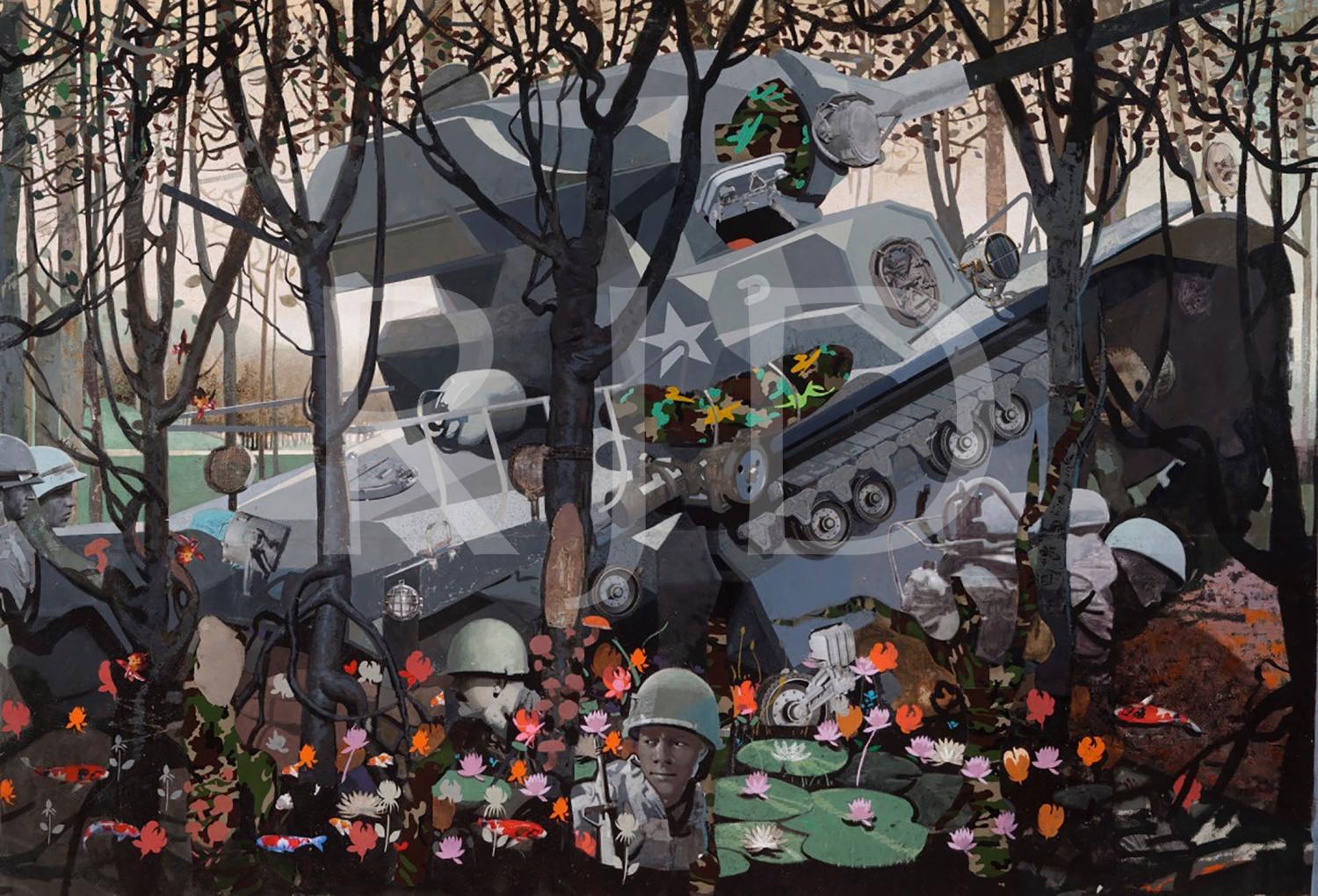 The artist explains: “WW2 was an interesting moment in human history. It was one of those moments that men of all races were called to defend their ideals. Black men from the continent, the Caribbean, and the United States of America were plunged into this battle, though so many of these men did not receive the dignity that they were fighting for on those fields and beaches in their own countries. Nevertheless, they were fighting hard as any other man for the sort of ideals that they themselves were uncertain would be ‘bestowed’ upon them once the war was over. They received way less medical care when it was needed. They were often the first to the front lines, but they went anyway. This particular painting was, for me, an acknowledgement of those contributions that were made all those years ago, and they are the same contributions so many of us enjoy today. It is unimaginable to me that any man could sit in the cockpit of a P-15 fighter or a M-18 tank, only to be discharged to the back of a Greyhound.

“Like so many of my works, I interrogate those issues both here in the Caribbean and the wider world. Who would have thought that Jamaicans who flew in the Royal Air Force (RAF) would have their citizenship stripped and sent back to Jamaica, a land they hardly even know? These kinds of promises, be it 40 acres and a mule, the Civil Rights Act, the Fair Housing Act, Brown vs Board of Education, etc, have seemed to come to the crossroads and we must confront its unravelling now.” 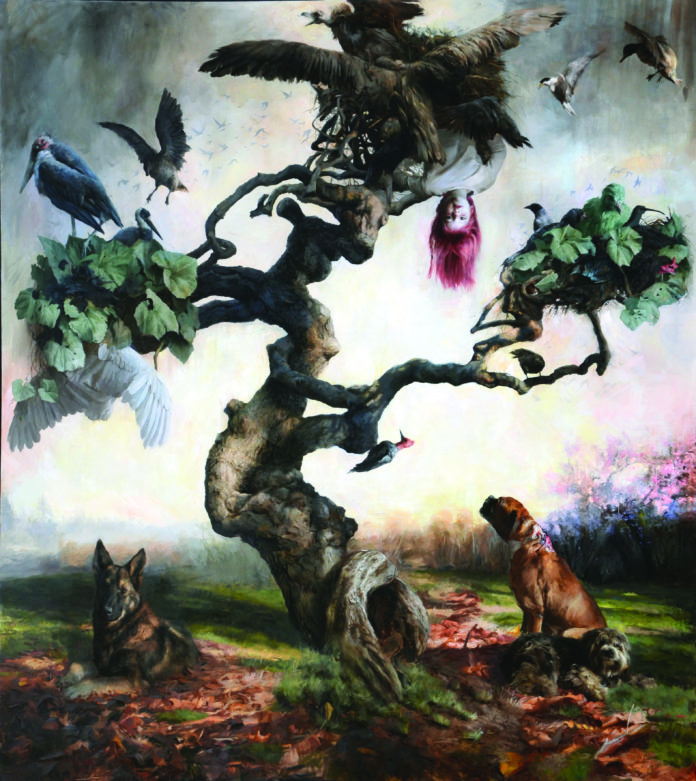 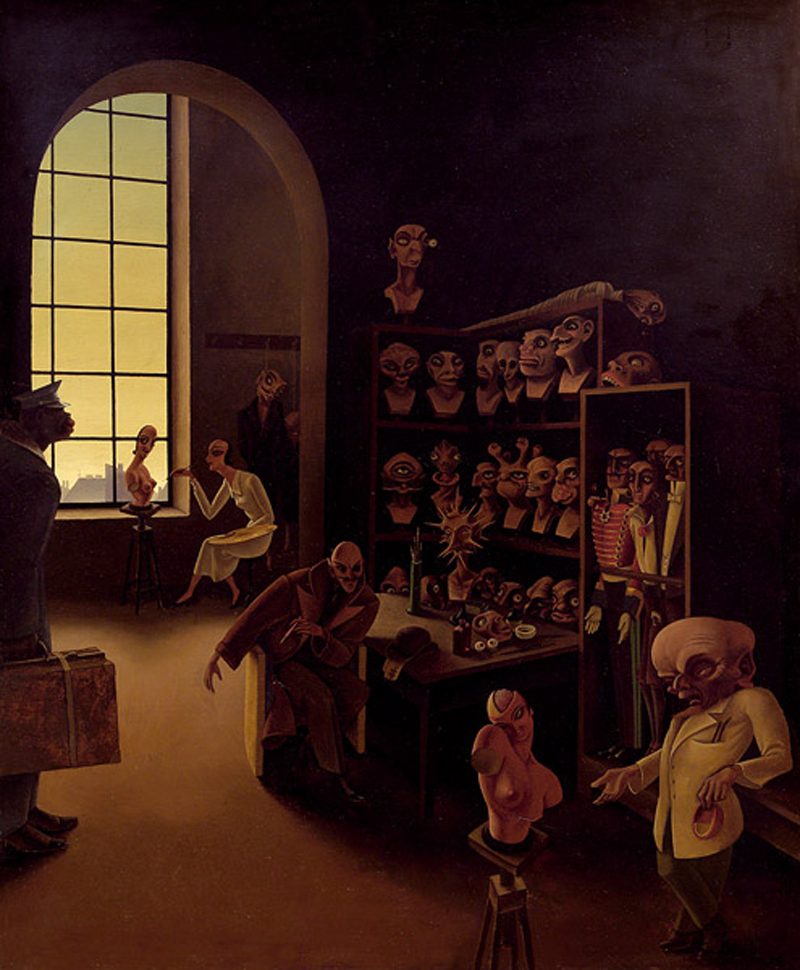 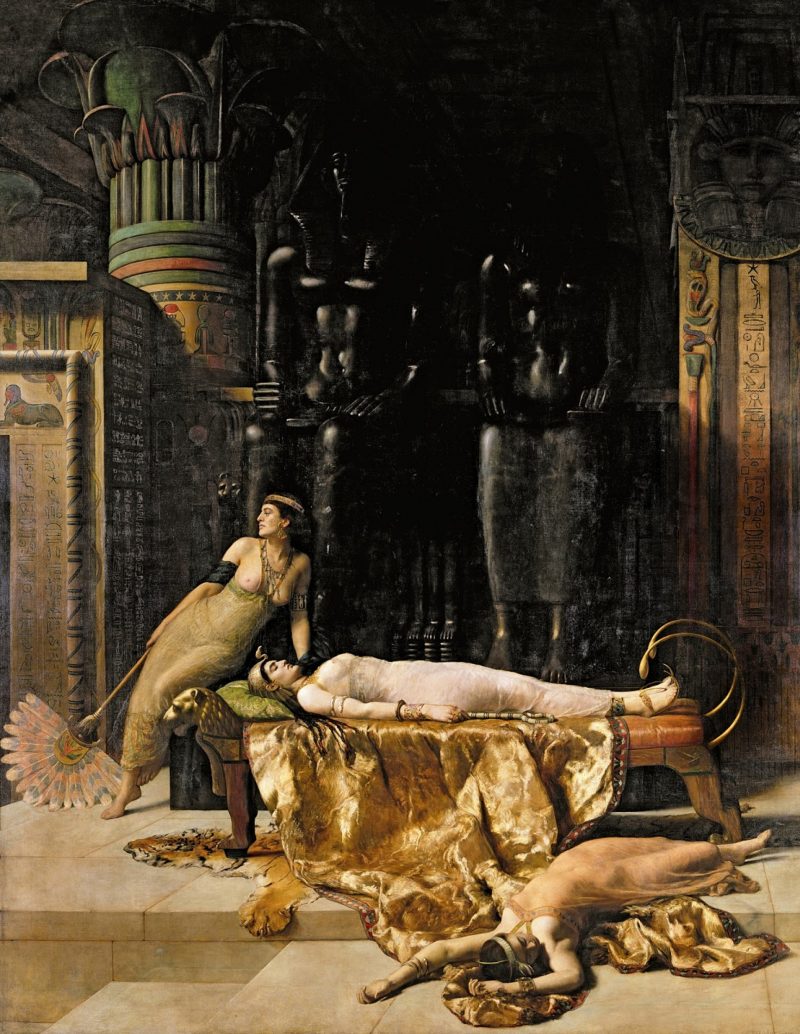