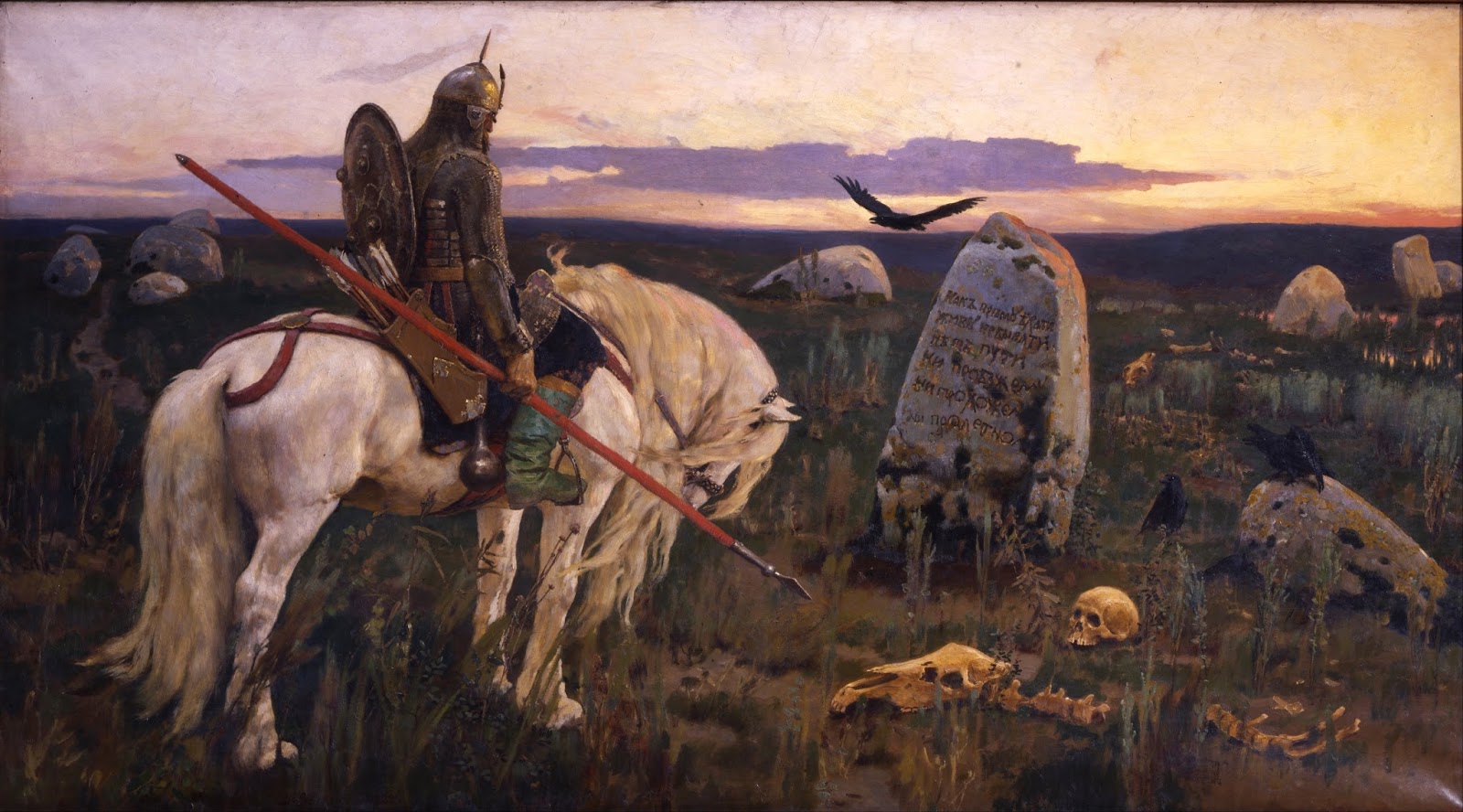 Ilya Muromets was one of the bogatyrs (epic knights) from Rus folklore. The Rus come from the east Slavic lands of the modern-day countries of Belarus, Russia, and Ukraine. The legend goes that he was the son of a farmer who could not walk for the first 33 years of his life, until his disabling disease was miraculously healed by two pilgrims. Various stories about his adventures tell of him liberating the city of Kiev, slaying a forest monster, and battling enemies with only his boot.

Vasnetsov has freely invented a scene about Ilya Muromets, where he stands at the crossroads contemplating his choices. The stone marker reads “If you go straight ahead, there will be no life; there is no way forward for he who travels past, walks past or flies past.” 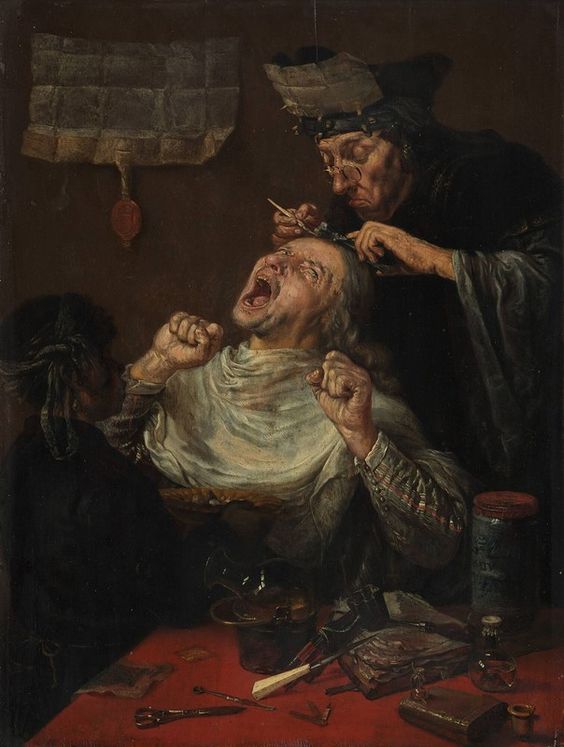 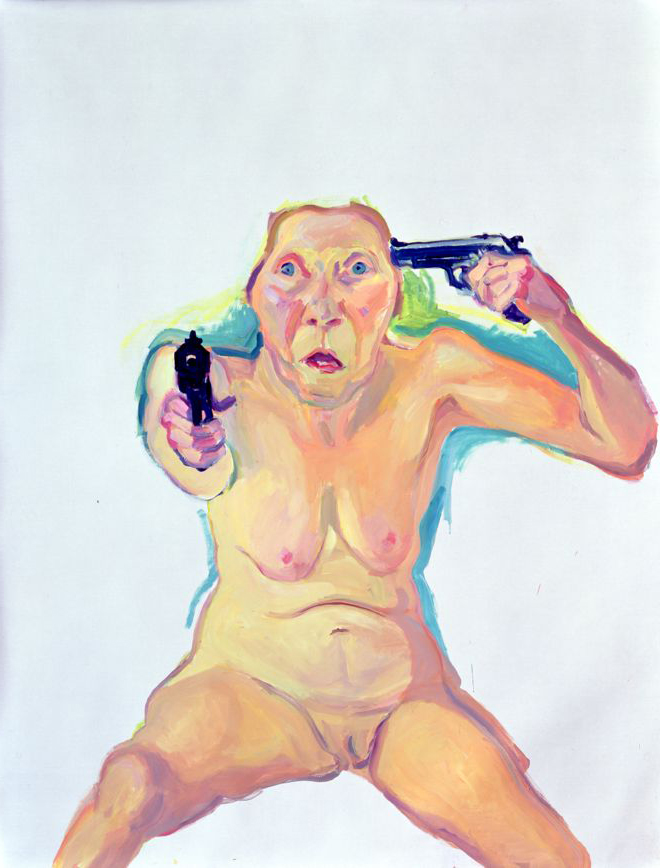 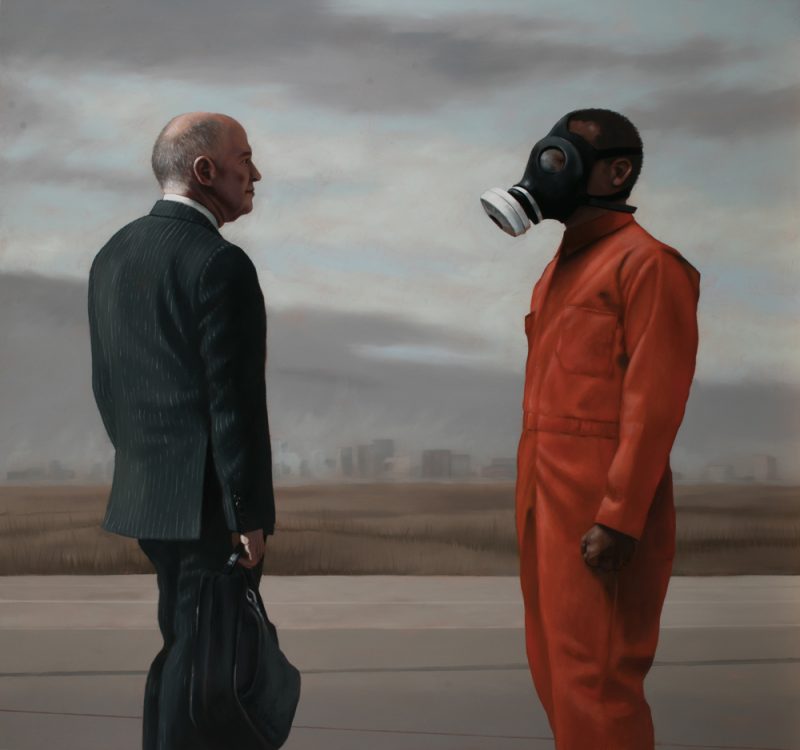 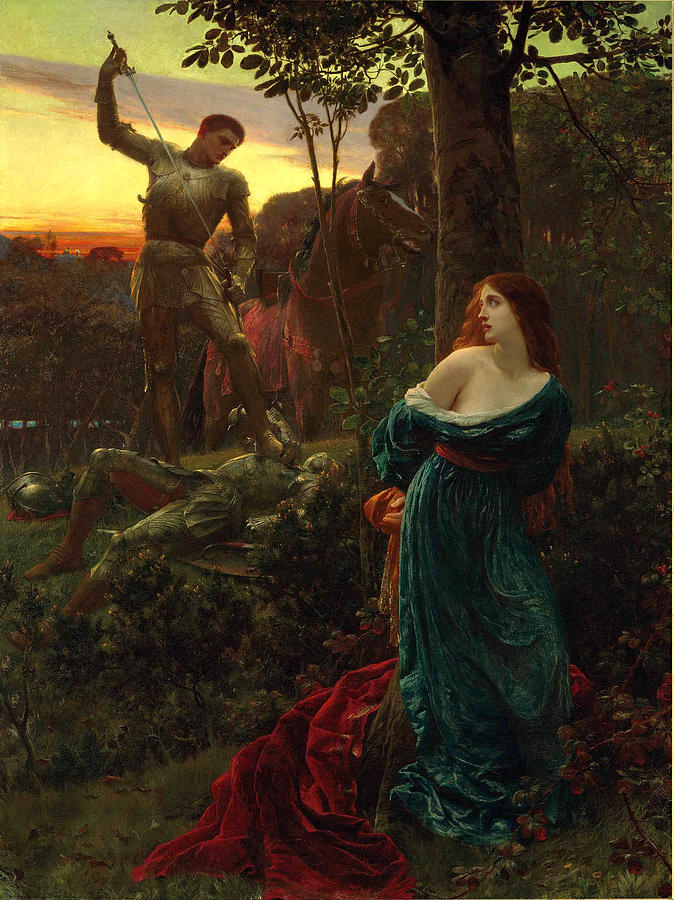