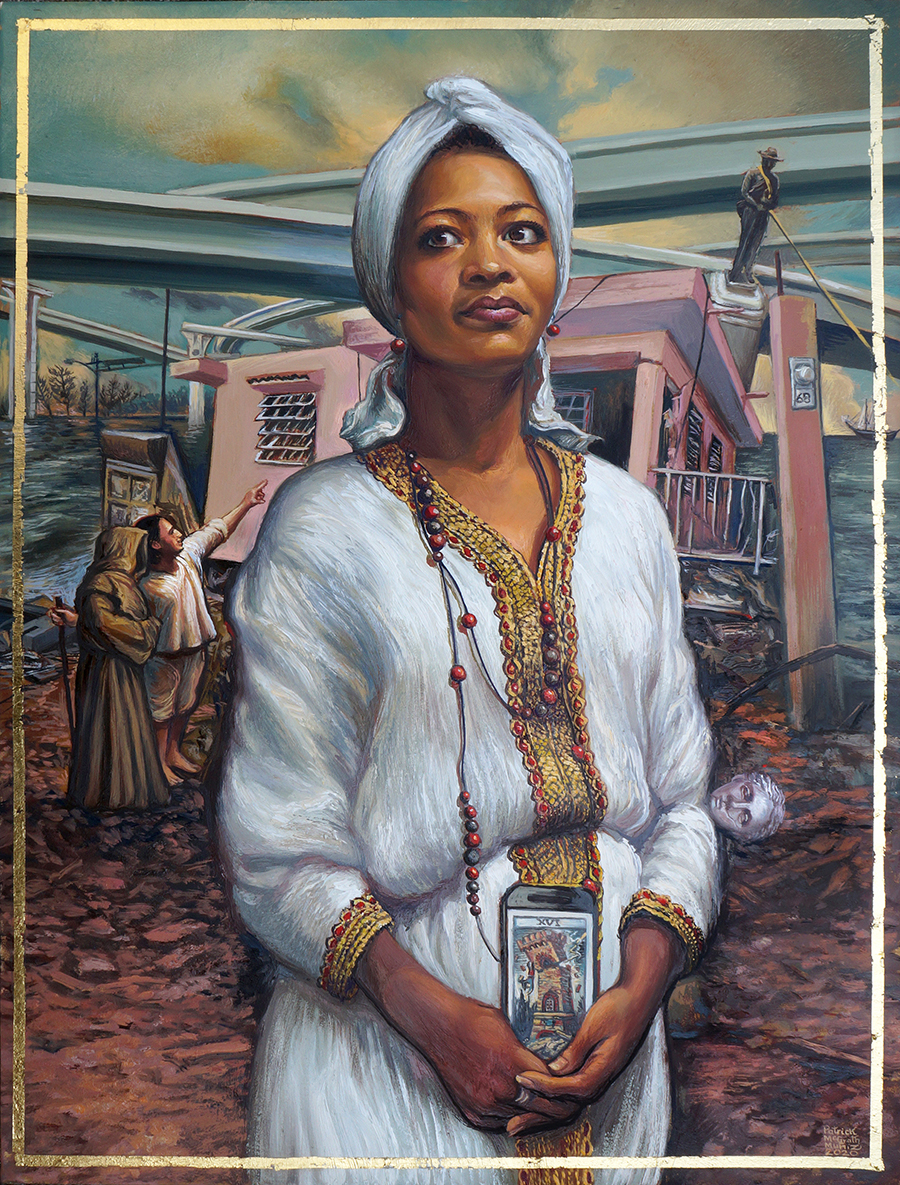 The artist writes: “In Afro Caribbean Santeria, Oyá is the Yoruba deity associated with winds, lightning and violent storms. Sometimes called ‘The Mother of Nine,’ she is also associated with life, death and rebirth. The ruins of a house and flooded suburban landscape reflect the tumultuous and uncertain times we are currently living in. Amid a pandemic and widespread protests in response to our systemic and institutionalized racism, the effects and reality of climate change is still very much present.  Some structures of power may have to come down, like the confederate statue being pulled in the background or the tower struck by lightning in the Tarot, displayed on her smart phone’s screen. The fallen Greek statue head on the right alludes to iconoclasm and collapse of past western power structures and myths. While ‘The Mother of Nine’ in this depiction seems like a passive bystander with a pensive hopeful gaze to the skies, she is also the portagonical figure that stands in front of the crossroads calling for a sweeping destructive energy that brings about revolution and much needed change about things built on the wrong foundations of history.” 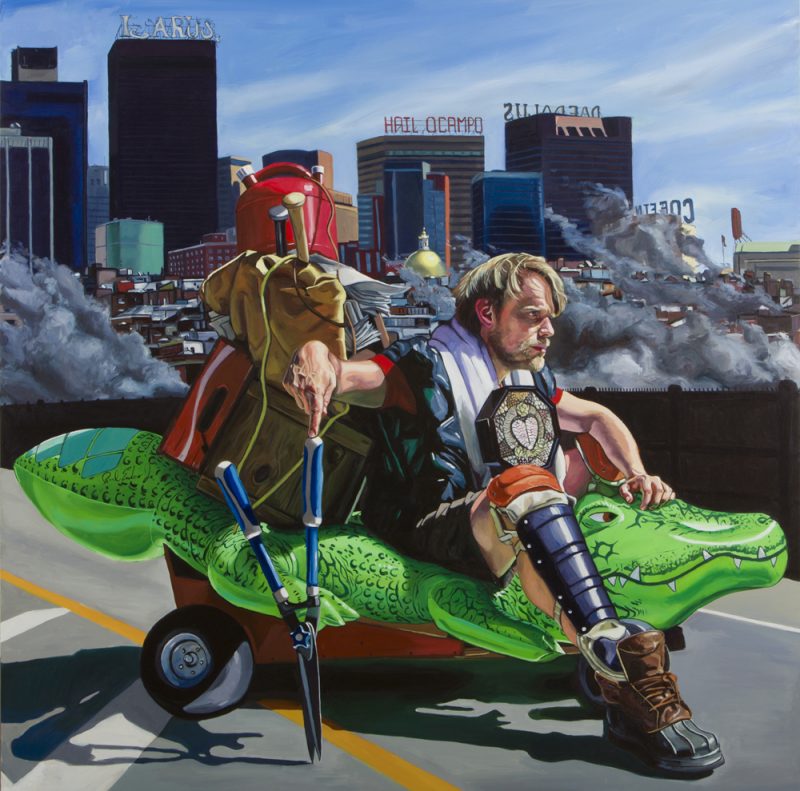 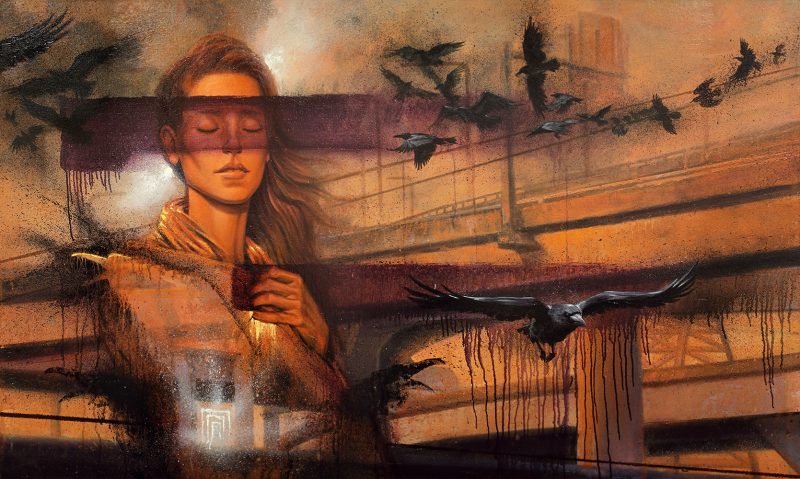 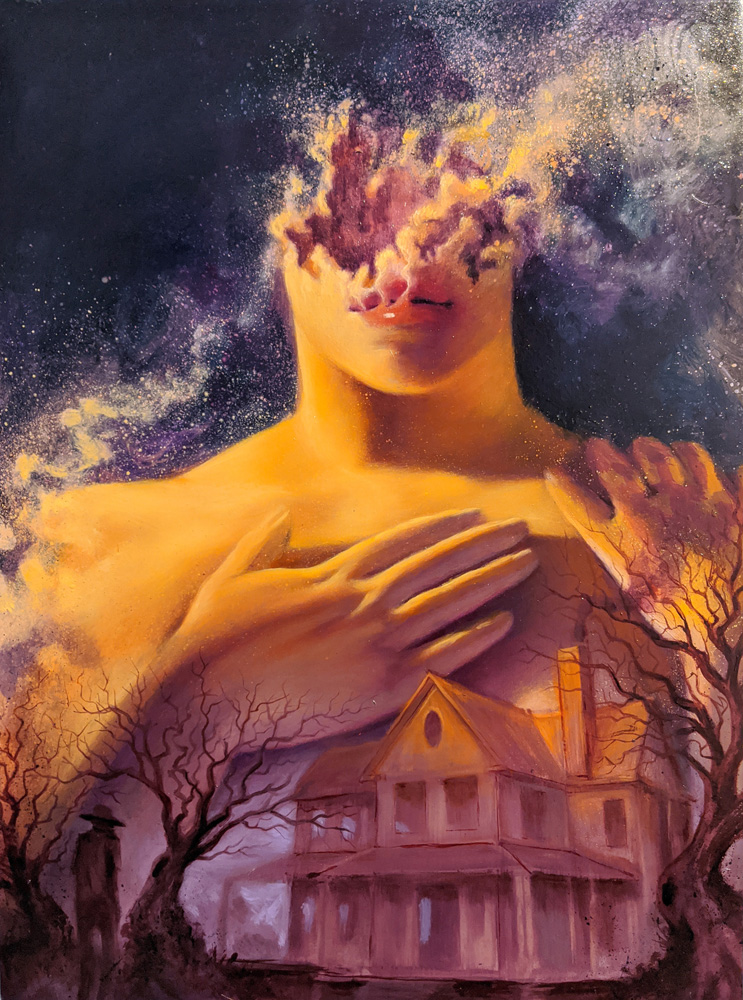 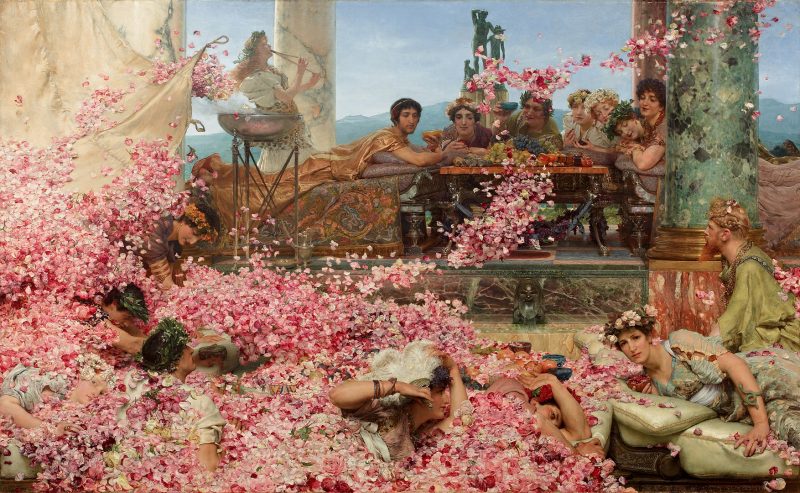