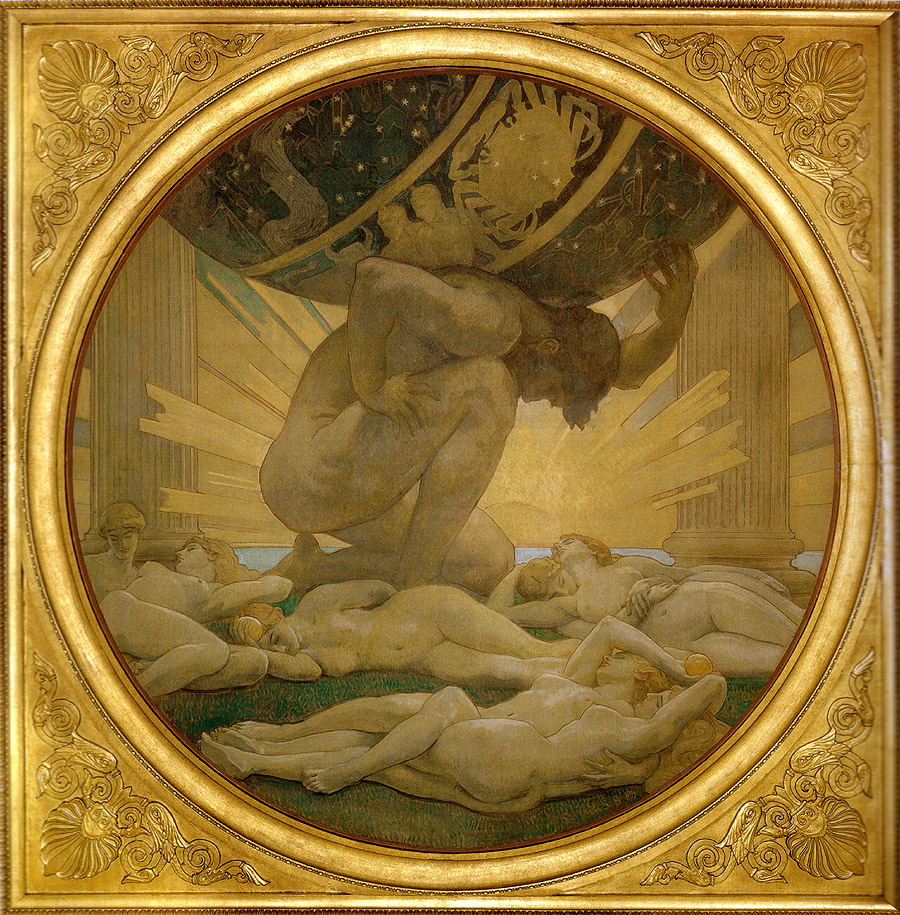 During the War of the Titans in Greek mythology, the god Atlas sided with the Titans against the Olympians. When the Olympians defeated the Titans, Zeus took revenge and condemned Atlas to forever hold up the skies, seen here in the traditional manner as a celestial ball and not a terrestrial globe as many modern-day images often depict by mistake. Atlas was made to stand at the westernmost edge of the world and the Atlantic Sea was named after him.

At Atlas’ feet lounge the Hesperides, the nymphs of evening, golden sunsets, and the west. In some stories they are the daughters of Atlas and live in a beautiful garden at the westernmost edge of the world. 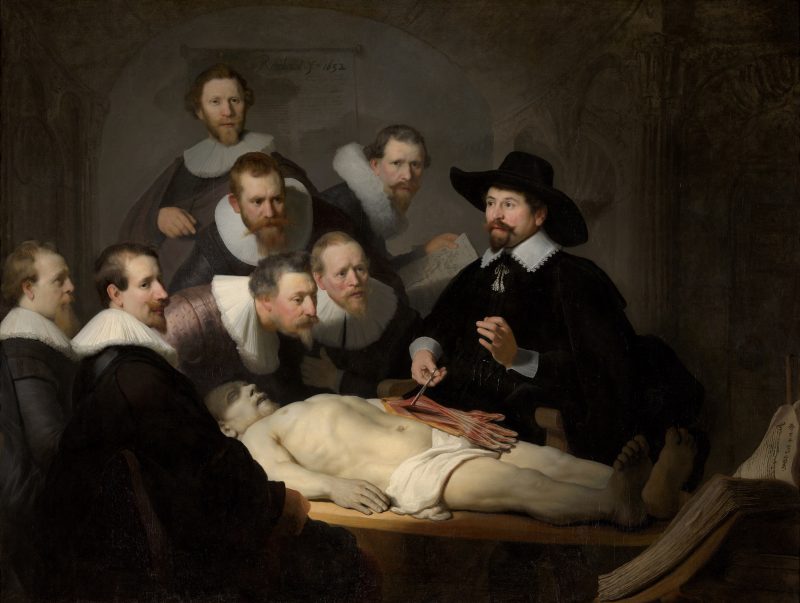 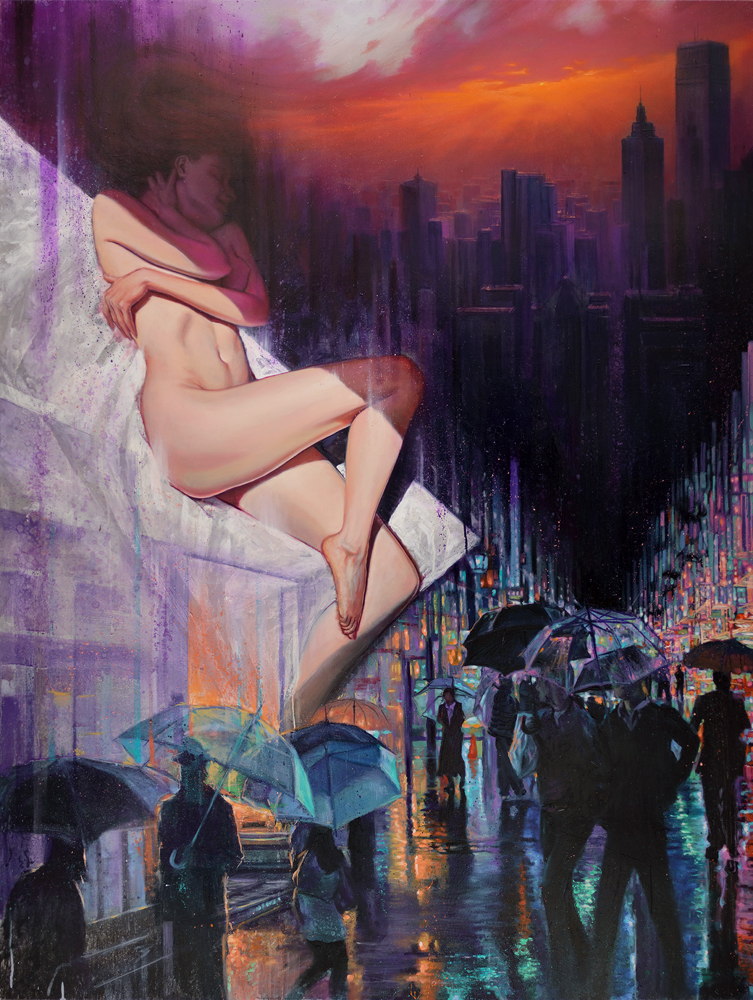 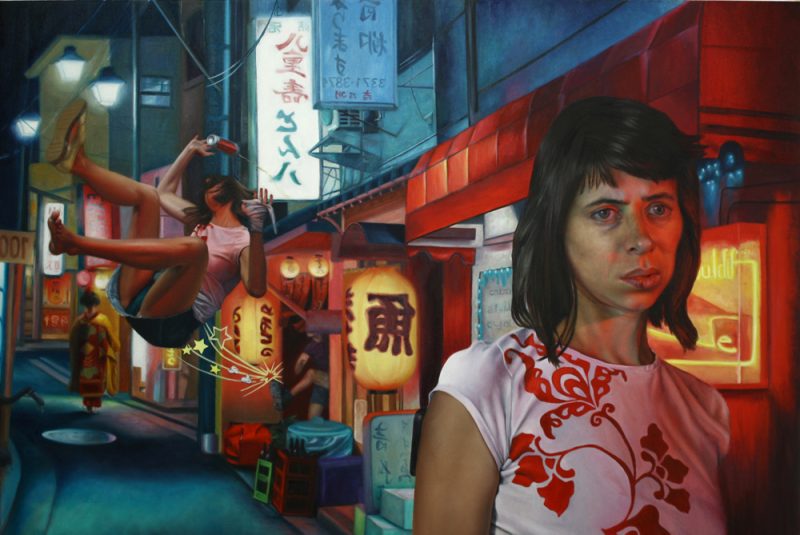 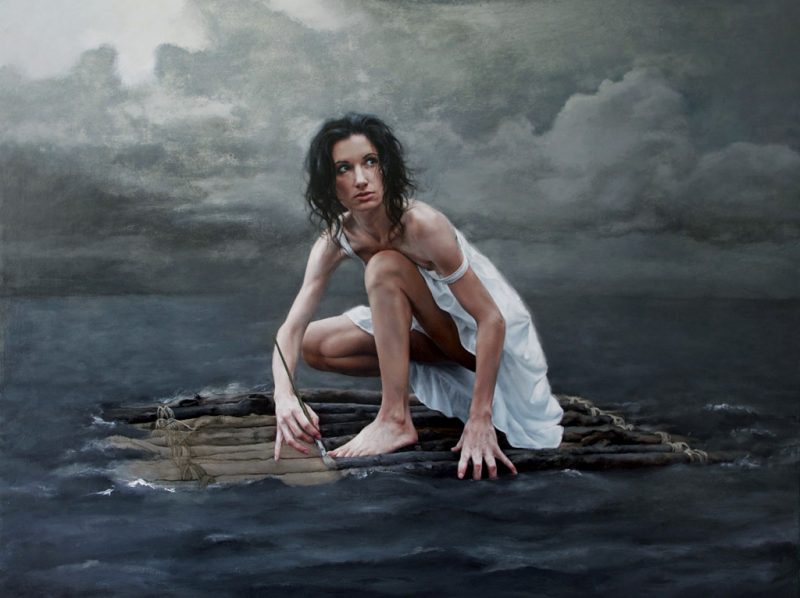